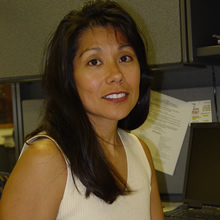 Torrez Paper Company is one of the top Women-owned businesses in the country and a very successful distributor of paper products, industrial equipment and supplies. The company has several important contracts at the DFW Airport and a new contract with the City of Dallas’ Omni Hotel has recently been awarded as well.

The company was a new Risk Management SBDC client and start-up in 2002 and now has been a client, in business and profitable for over nine years.

Colinda on receiving help from the Risk Management SBDC: “Bill was one of the few people I called upon to help me plan a strategy. Bill’s knowledge and the time he has generously given me has proven to be invaluable to the success of Torrez Paper Company.”